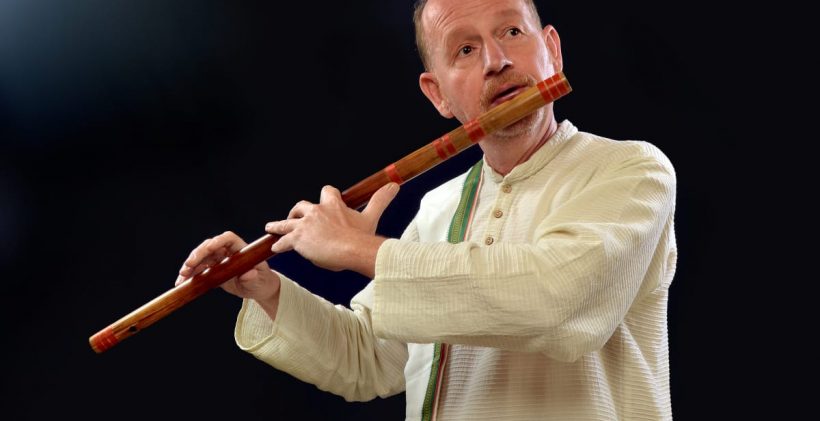 Music for your health

Kees van Boxtel is playing the flute since a young age, starting with the recorder, later followed by the Silver flute. After playing many different kinds of music (new wave, folk, blues and pop) as well as producing and arranging within these styles, in 2006 the Bansuri (bamboo flute from India) crossed his path. During a trip to India Kees fell in love with this beautiful instrument and became interested in North Indian classical music. Back in Holland, he took lessons from Julia Ohrmann and Pandit Hari Prasad Chaurasia at the conservatorium in Rotterdam, and later he went many times to India to study with Himanshu Nanda and Hari Prasad Chaurasia and his disciples in Bhubaneswar. From 2017 he is learning with sarod player Pandit Alok Lahiri and his son Abhisek Lahiri more about the structures of Indian classical music.

Besides studying the classical Indian repertoire (raga’s and tala’s) Kees is also during is live searching for new collaborations with musicians from all kinds of backgrounds. The result can be heard on the albums “We were born to be light”, “Music from the mountains” and recently “Medicine Buddha” with his project SHIMAYANA and recently with his group “One earth Collective”

Kees van Boxtel is currently chairman of “Helende geluiden” (healing sounds), which reflects his love for the beauty of sound. Within another main project, “Paradiya” with Albert Distelbrink on Kora, his Bansuri and Kees’s endless composing possibilities are getting now famous. With Sacred Groves he forms a Indian Classical Jugelbandi Duo with Joel Veena. Beside solo cd’s he is been asked to play in many many projects. Music heals and connect. Things we hard need in our world