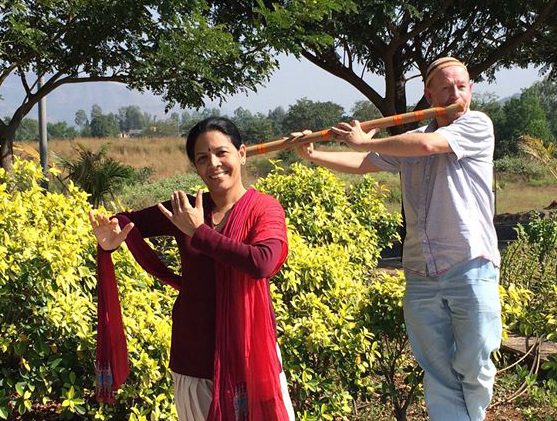 Kees Van Boxtel started learning the recorder (wooden western flute) at an early age. Performing in public started at 9 years old. In his younger years, he was experimenting with rithms and compositions with the New Wave band “Popovka”, this was in the ’80. After that he played in different groups silverflute, guitar and saxofoon and as singer/songwriter.

When he became 40 years old he heard for the first time a recording of Pandit Hariprasad Chaurasia and his love for the Bansuri (bamboo flute) was born. This was just the commencement of an outstanding prodigy’s lifelong commitment towards Indian classical music which later led to extensive concerts through Europe and India. After learning the basics from the bansuri players Julia Ohrmann and Himanshu Nanda he started to follow master classes in India with Pandit Hariprasad Chaurasia and Pandit Alok Lahiri.

Kees has also created an amalgamation with the Dutch Kora player Albert Distelbrink and his group “Paradiya”, which represents world music and has got worldwide recognition. Kees’s music albums made with Joel Veena under the name “Sacred Groves” are being seen as very creative and pure by a lot of Indian classical music lovers. With the woldmusic group “Shimayana” he composed and produced 3 cd’s. Kees dedicated his life to music, and wants to make a bridge between his hart and the hart of the listeners. Every note he tries to play as beautiful as he can.

To listen en purchase his music you can check out bandcamp